I had noticed that the top of my aluminum furler extrusion was slowly being eroded away by the much harder steel forestay  fittings.   Last season, the furler would occasionally jam, if the halyard wa too tight, not sure if it was related, but when the mast was unstepped it was clear that it needed to be dealt with.
This photo is from another 33, same problem, not nearly as advanced as mine was. 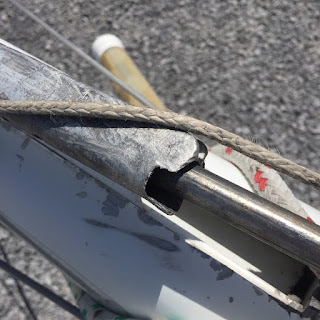 I called harken, a few dealers, and posted online, looking for parts for this vintage unit, and came up  empty-handed.   No parts meant either replace the entire furler, or figure out how to repair.

Interestingly, it appears that in both Windstar and the a boat shown above, the furler had been installed without a length of connector in the end, to serve as a bushing.  The tech at harken told me that the only bearing-like support at the head of the extrusion was provided by the rubber end cap.   The instructions however, show a length of plastic connector servicing this function.   It may be that the fitting diameter did not permit a the installation of the connector in this application.   Anyway, 30 years later, the extrusion is badly damaged.

To start I trimmed an inch of damaged metal off the extrusion.

Turns out the extrusion could not be removed from the stay, not easily anyway, so, how to strengthen
and slightly extend the extrusion, in situ, without gluing it to the stay?

I decided to make a sleeve with a water soluble bearing covered by a release liner, and to build an epoxy glass sleeve over that.   Using only the first high tech materials you see the sleeve below.

Mylar tack tape over cheap toilet paper, wrapped fairly tight.  Used toilet paper in case some got stuck inside - it could dissolve over time. 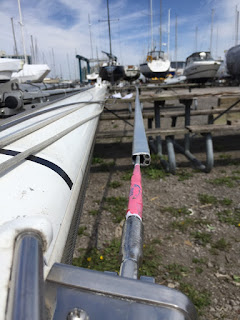 Next, wrapping with strips of fine glass cloth then saturating with epoxy. 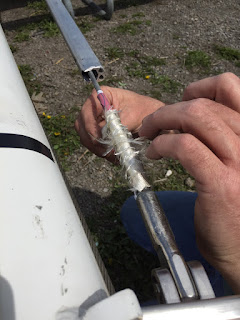 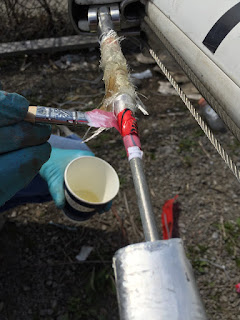 Then wrapped in waxed paper to kick 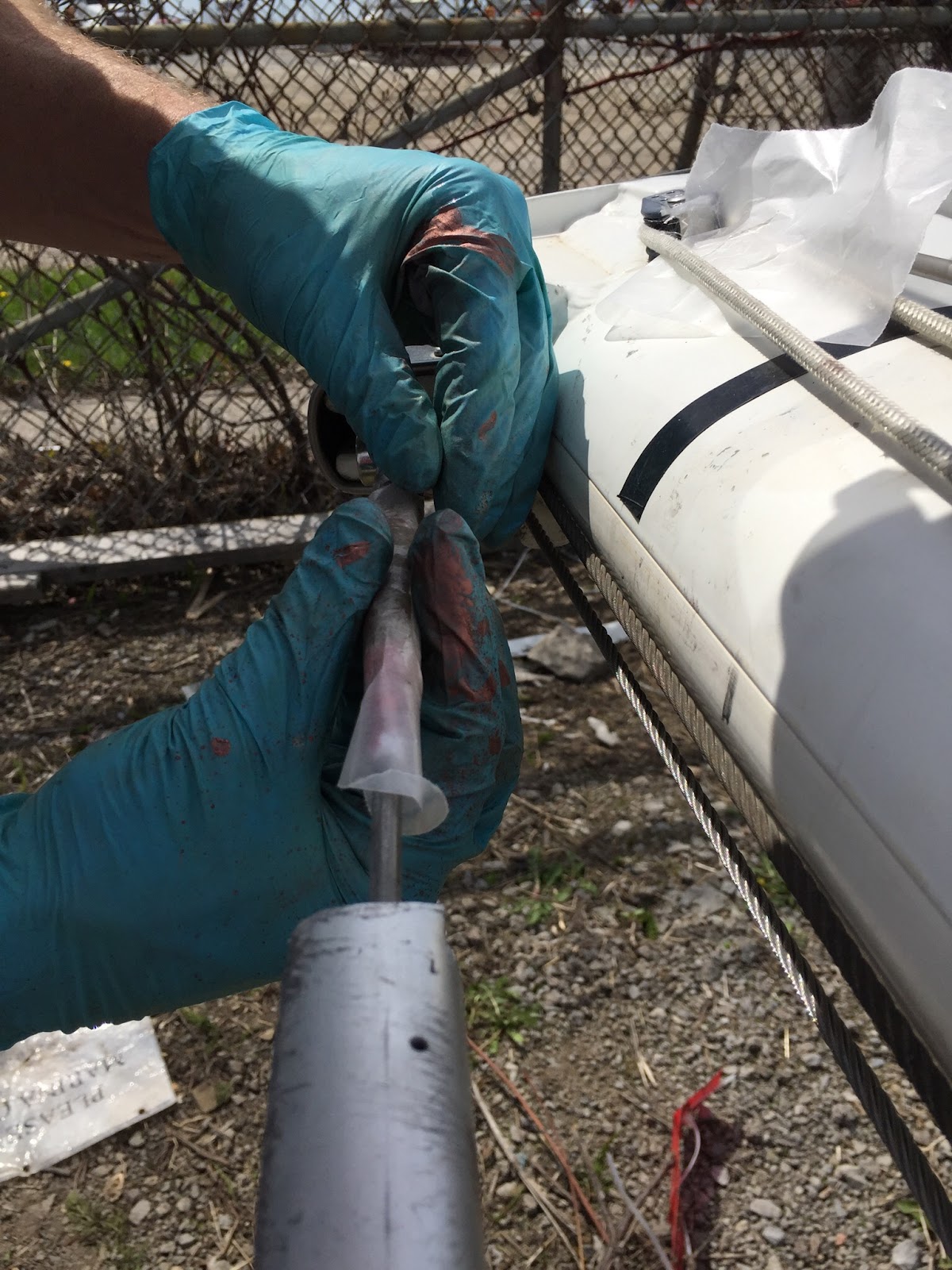 After that, there was a tapered glass tube floating over the stay.    I was able to remove the toilet paper at this stage, my concern about it getting stuck inside unwarranted.  The part was then sanded, then set into a mold, centred and dammed with plactiscene.  the mold was then filled with glass-strand filled epoxy resin.  Below, just out of the mold. 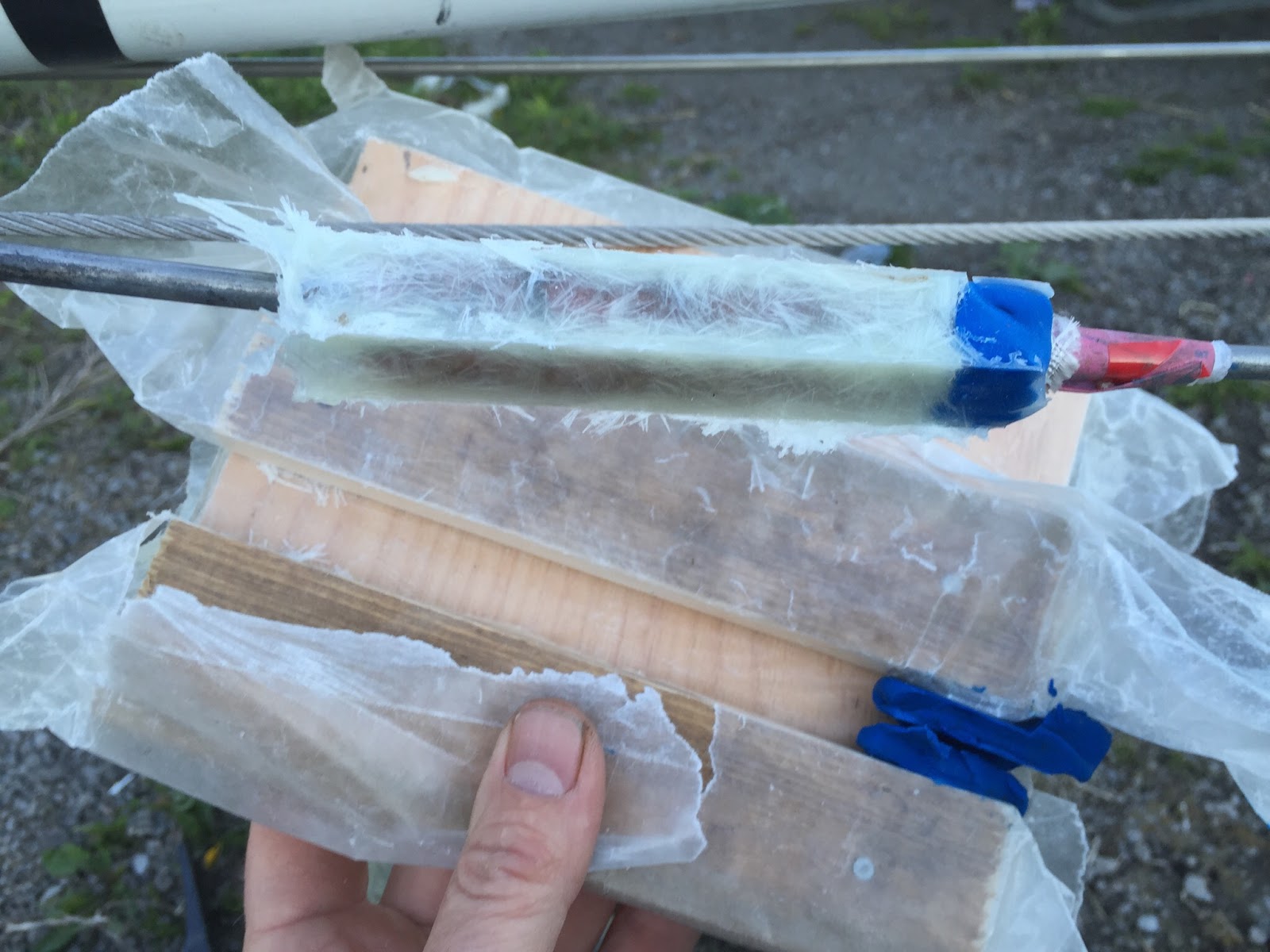 That raw part carefully sanded to fit the inner contours of the extrusion. 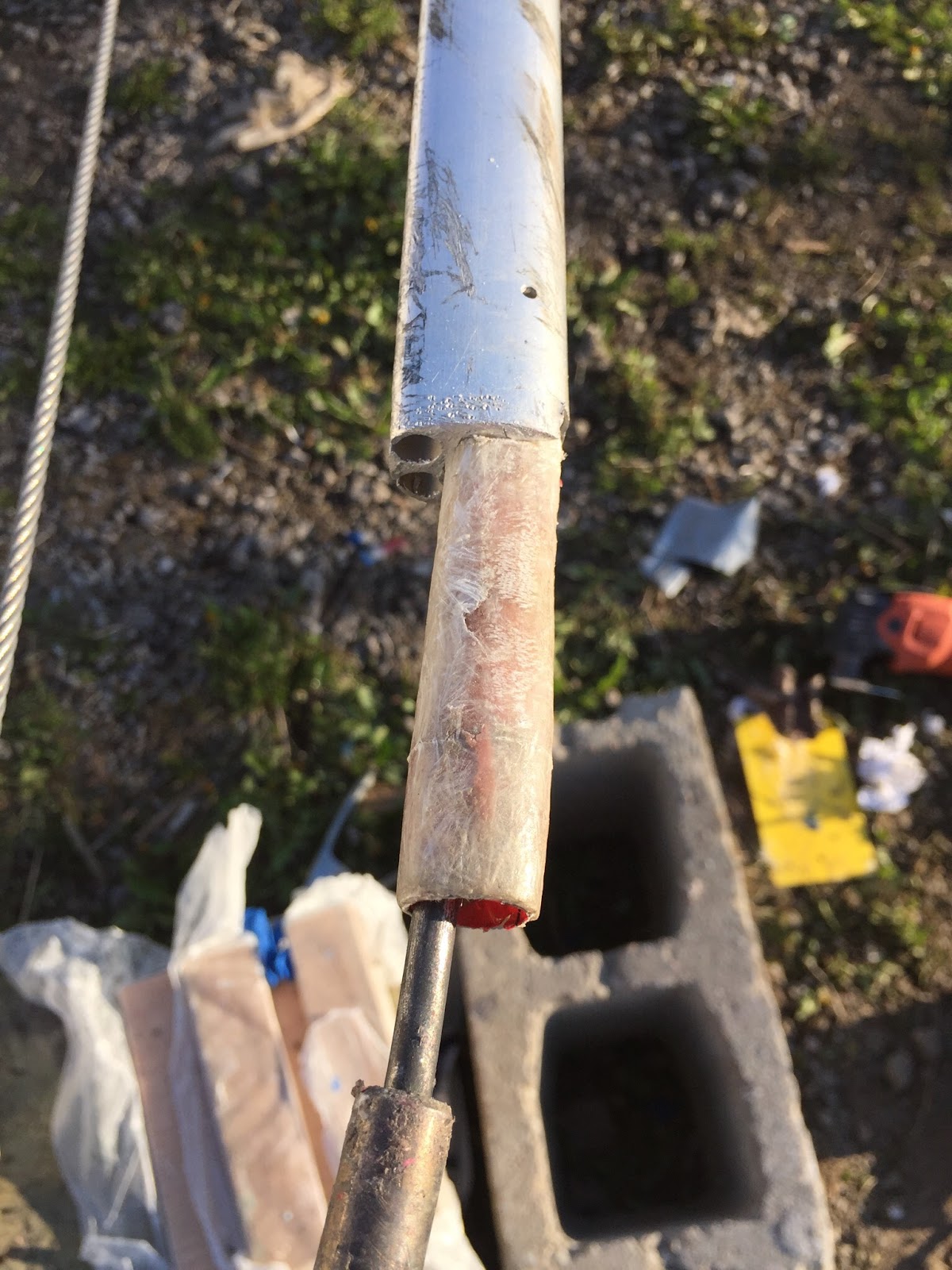 then coated with resin and tapped home.  I preheated the extrusion to expand it.   A tight fit. 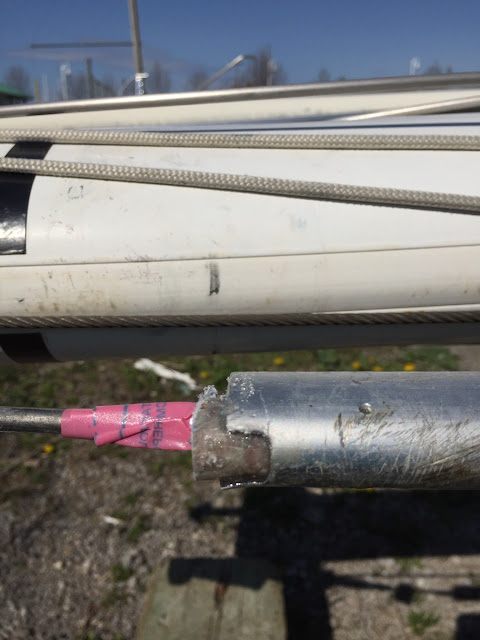 Then, the top was built up with more glass-loaded resin, and a new cap installed.   This had to be cut to get it over the stay, hence the visegrips. 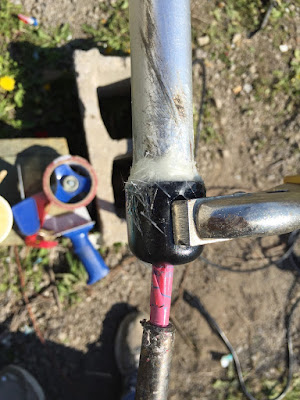 And voila.   Wrapped with rigging tape.  Good for another 30 years! 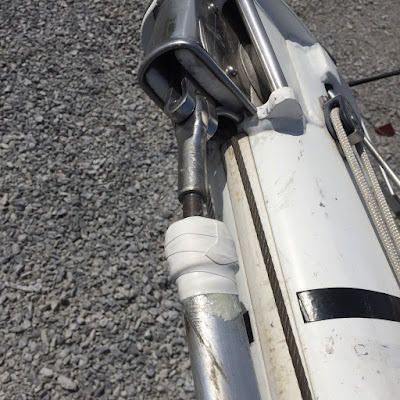