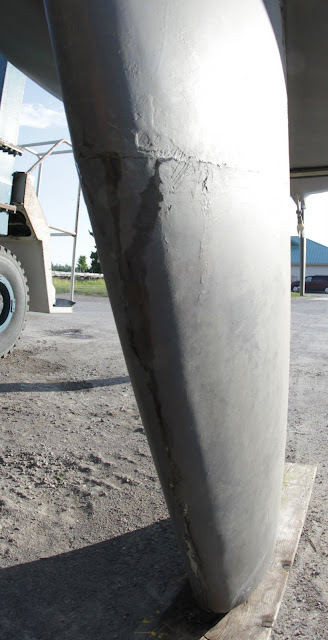 On haul out, Windstar would leak plenty plenty water from the keel/hull joint, even when the bilges were bone dry (which they usually are)  and she showed evidence of the infamous C&C smile, where as with many boats the joint opens up a bit over time.   The PO had actually attempted a repair of this.  A little online investigation revealed that water can gets into the putty-filled section of the keel stub, where it can eventually do what water often does.   I figured I'd better at least get Windstar's keel rebedded, so I contacted a yard for a quote.  Here is the rather alarming response:

Hi Dave,
Thanks for your request for estimate...
If all your boat needs is refastening the keel as outlined below it will cost somewhere around $4000 including labour, materials, travelift fee & tax. That amount is approximate & could vary 20% in either direction. It also assumes the boat is already here on the hard at the Port Credit Harbour Marina but we can arrange winter storage for you here at a competitive rate.
However, based on our long experience repairing C&C's, in particular the 33 Mk II, 35 Mk III, & the 41, all of which have the ballast attached to the hull at the end of a very deep keel sump, there may be more serious structural issues involved, particularly if the boat has been aground at any point in its life. The key indicator of more serious issues are exterior stress cracks (sometimes obvious, sometimes subtle) at the radius where the fin meets the hull, particularly at the leading & trailing edges. Other signs of trouble are cracks or delamination where the interior structural grid meets the keel sump, delaminated tabbing at the bottom of the main bulkhead port & stb, or signs that the mast step is sagging.
If in doubt, have an experienced surveyor familiar with these issues look at the boat. i.e. Bill Provis, 416-801-5527; Peter McGuire 416-809-2186; or Wallace Gouk 416-526-3845

If you need more information feel free to give me a call.

Well...  windstar did in fact have some stress cracks at the leading edge of the keel stub, and, there was the water.  Fortunately, she did not exhibit any of the other symptoms.  Yet.   So...  What to do?

Some photos of the subject area.   You can see that the forward two keelbolts penetrate a space fulled with polyester-based putty. 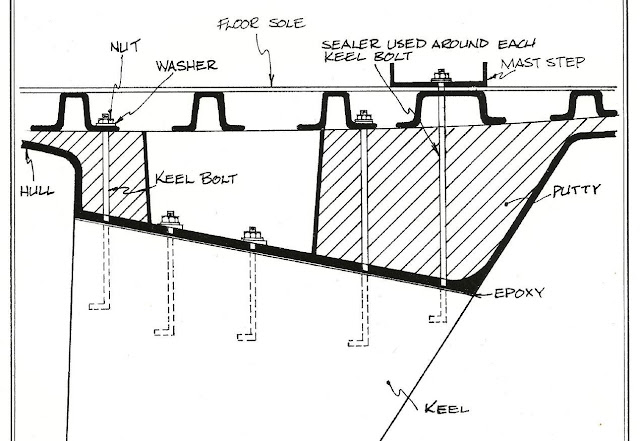 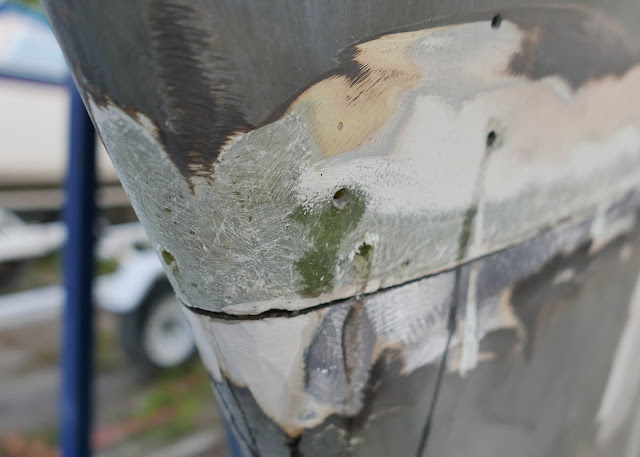 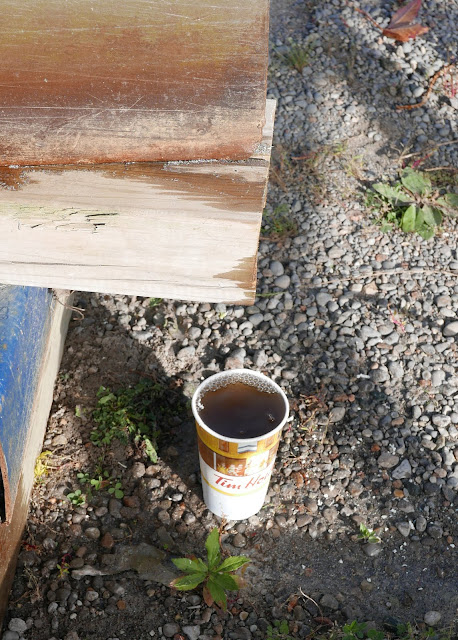 Mmmmm.  I would estimate over 1 litre of water leaked out