A panorama of the new-in-2019 cockpit shelter.

A dodger and bimini were must-haves on my boat acquisition checklist, and Windstar came with both.   Also included was a joiner piece to connect the two (usable only when at anchor as the mainsheet traveller is mounted on the bridge deck) and two zip-on side curtains that helped provide some shade and privacy.  Two stainless steel grab handles are mounted on the dodger frame.   Very useful. 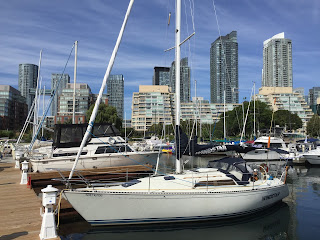 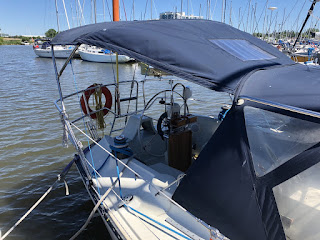 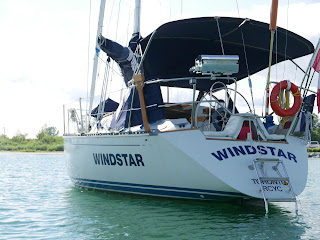 The old canvas worked well enough underway,  however at anchor, when the connector was attached, the natural path for for rain water run off was onto the coaming and then into the cockpit.  This made the cockpit unusable in even a light drizzle, though  at least the companionway could be left open.  The side curtains were very basic and of limited benefit.
When the dodger windows became opaque and the stitching began to fail in places, I consulted with Paul Macdonald of Bluewater Marine, and a dodger repair and a new bimini, connector, and side curtains were commissioned.
We collaborated on a new design for side curtains, much larger than before, with screening and roll-up Sunbrella rain panels.   Best of all, despite an awkward 3 way corner, where side curtain, dodger and connector meet, the rain no longer enters the cockpit at all, making for a remarkable improvement in livability.
I had also asked Paul to provide a means of securing the dodger window in the open position - flipped up and lying on the dodger roof.
Paul is a pro who consulted thoroughly did nice work, and delivered on time. 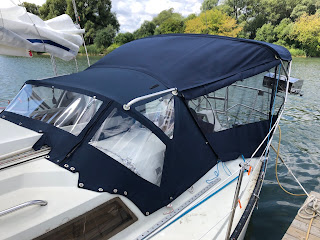 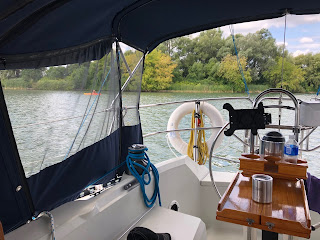 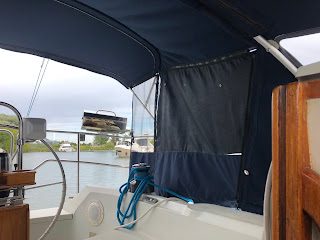 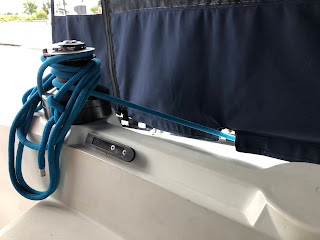 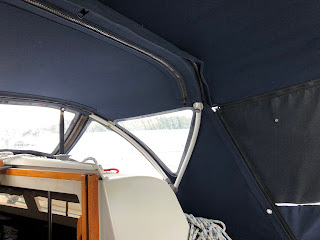 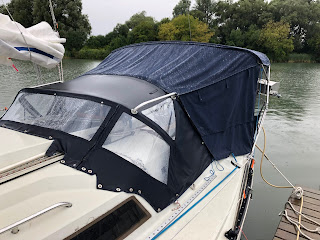 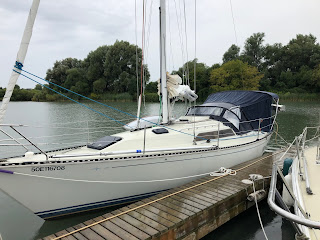